The Last Of The Potatoes 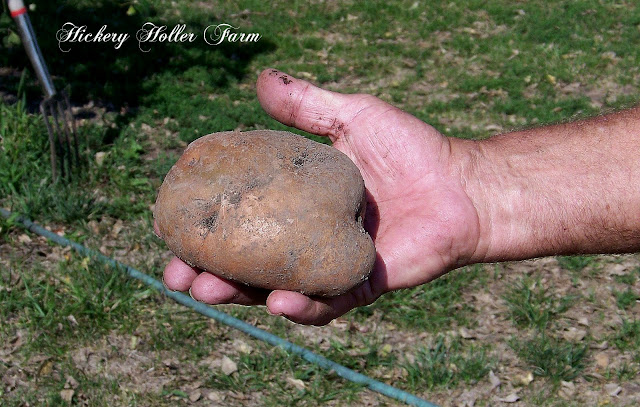 We dug the last of the potatoes today. They were the potato experiment where we planted them under straw. As you can see the potatoes are beautiful and large even in a drought. Much larger than the potatoes we planted without straw which were so much smaller. 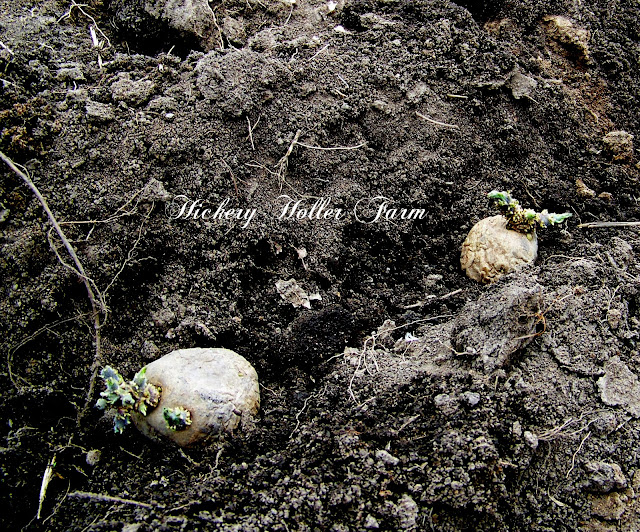 These seed potatoes were saved from the year before and allowed to sprout or chitted in the house in January.  Then planted just below the surface in early March here in zone 5A. 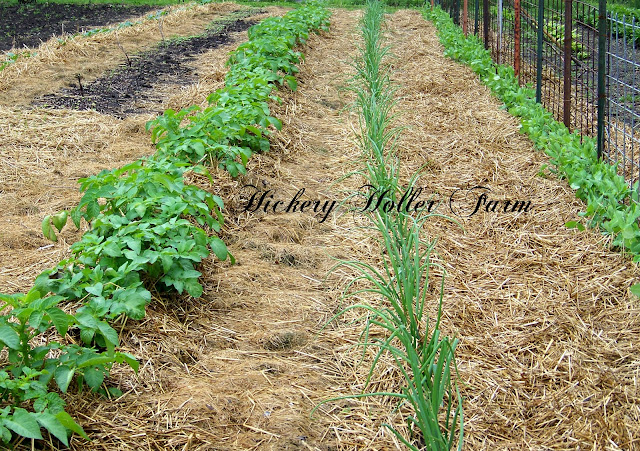 Then covered with a heavy layer of straw and allowed to grow all spring. We added to the straw several times until the straw was atleast 10 inches deep. 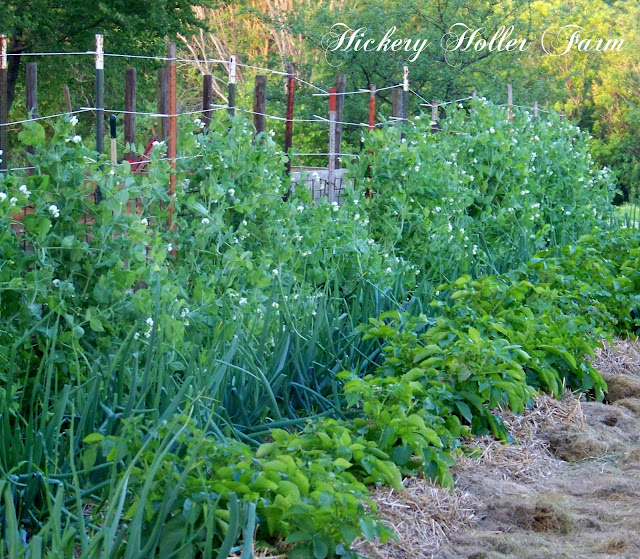 And then simply watered occasionally and allowed to grow under that thick layer of straw.
They bloomed and made potatoes all under that undisturbed straw. All summer we have ate baked potatoes, oven fries, stews and soups with those potatoes by simply moving the straw aside and stealing potatoes then simply recovering the parent plant with straw. I have to say we are sold on growing them under straw and will probably never go back to the old way again. It is so much easier on our old backs digging them this way. Not to mention the added bonus of not having to water them through this drought with that thick layer of mulch to conserve moisture. Yes indeed we are sold. And who said you can't teach an old dog new tricks : ) 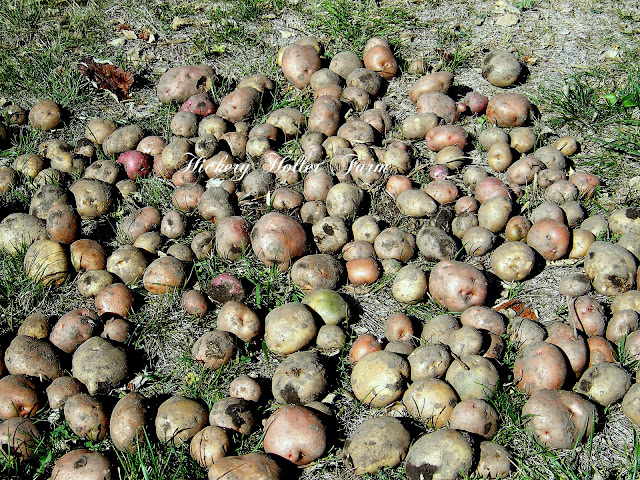 These are laying out in the sun for a day to allow them to dry. Then they will be wiped off with a dry hand to remove some of the dirt. Any damaged ones will either go to the pigs or inside to be prepared immediately. That consists of a few that either have been chewed on by the lone grub or vole. Surprisingly there was very little damage by either. There are a couple that are green that will be thrown in the compost.

All in all a good year and even better a new and easier way to grow an old pantry staple. 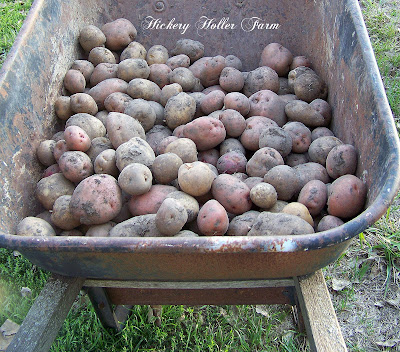 Posted by the canned quilter at 7:51 AM