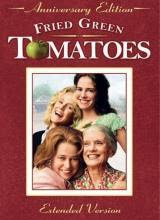 Today I thought of one of my favorite movies.

Who can forget this scene?

[Evelyn is cut off in a parking lot]
Evelyn Couch: Hey! I was waiting for that spot!
Girl #1: Face it, lady, we're younger and faster!

[Evelyn rear-ends the other car six times]
Girl #1: What are you *doing*?
Girl #2: Are you *crazy*?
Evelyn Couch: Face it, girls, I'm older and I have more insurance.

O Wise One brought me in some goodies today. There are still portions of the gardens that are somewhat protected by trees and such where plants are still producing despite frost. I got cucumbers, green tomatoes and squash. 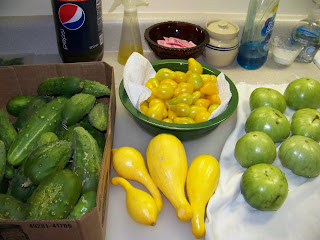 So for supper I took out some pork chops to bake, sliced some cucumbers and put them in the fridge to chill. And made these..... 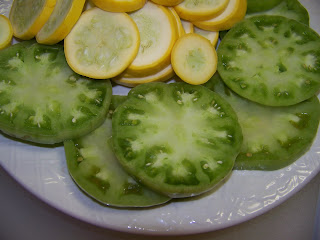 (And squash for Baby O because she doesn't like green tomatoes)

First I washed and sliced the green tomatoes and squash 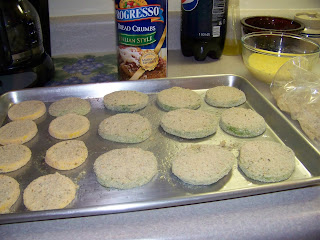 If you don't put something on top they will be dry and not crispy !

Bake for approximately 30 minutes or until golden brown 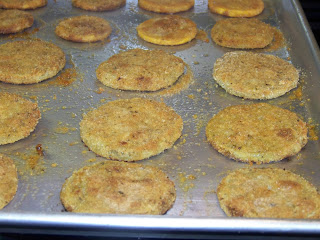 And there you have it

And yes they are crispy !!

And the best part is no frying.

Because I am concerned about your heart health ! 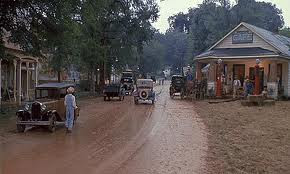 ya'll come on by and I'll set an extra plate for dinner : )

Posted by the canned quilter at 4:00 AM
Email ThisBlogThis!Share to TwitterShare to FacebookShare to Pinterest
Labels: Vegetable and Side Dishes