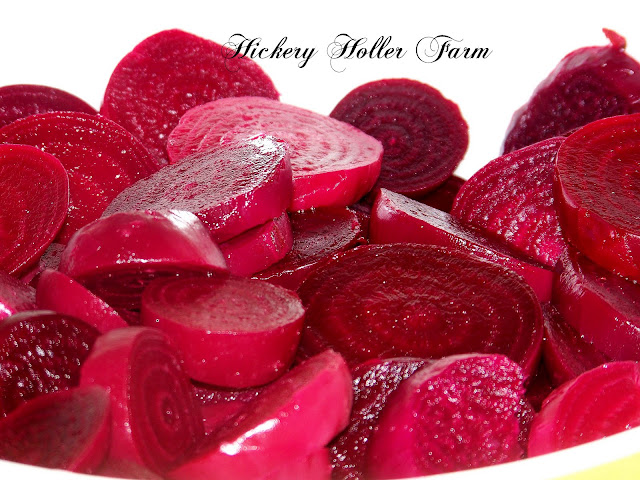 My family loves pickled beets especially on salads. The beets have been a challenge in the garden this year. The wild rabbits completely ate the first patch and we had to purchase seeds locally and replant. Once we put a small fence around the beets we were finally able to have a beet crop although a little later than normal.  For those who would like to follow along with this recipe it can be found on page 55 of the Ball Blue Book ( 100th Anniversary Edition) . 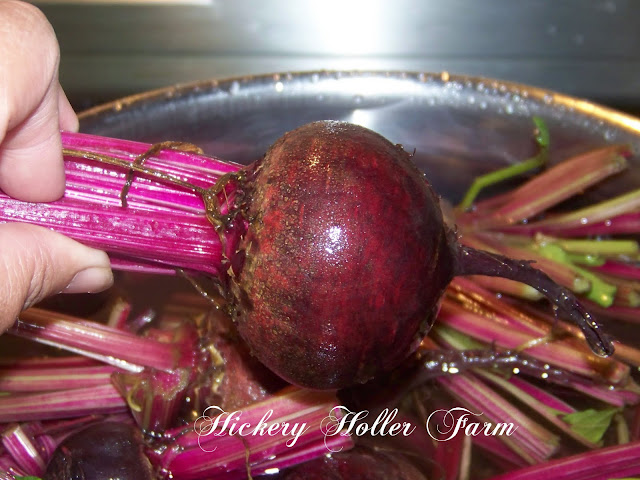 First you need to pick about 3 quarts of beets or about 24 small beets. We like ours about the size of tennis balls. Then wash the beets outside to remove dirt and cut the greens off leaving about 2 inches of stem. Do Not cut the beets or they will bleed red everywhere.   The greens are great to give to the chickens or rabbits. Once you have your beets clean and trimmed place in a large pan of water to cover. Now cook beets until soft but do not over cook. Just until a fork can be pushed into one without a huge amount of resistance. 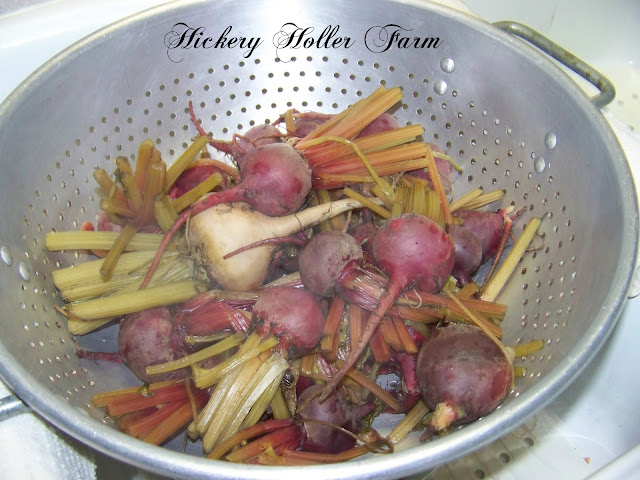 Now drain your cook beets and allow to cool so that they can be handled comfortably. 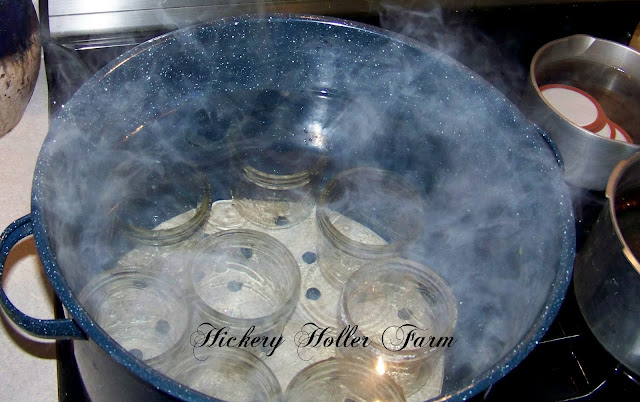 While waiting for your beets to cool warm your jars in your bailing water canner. Put your lids in a small pot of warm water to heat. 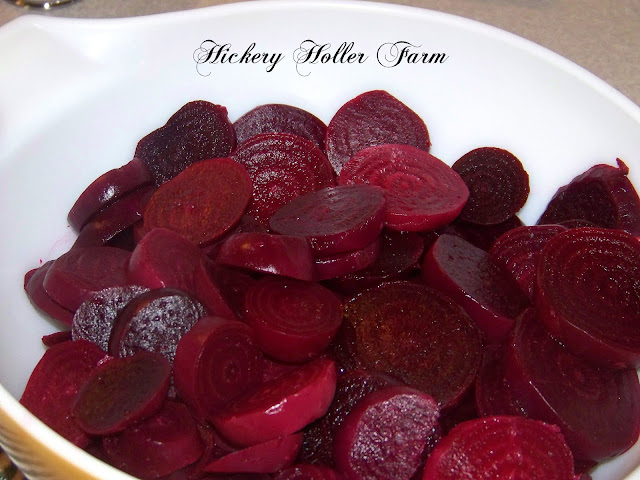 Now peel your beets and slice. Don't worry that peeling will just slide off with your fingertips. Now slice your beets anywhere from a 1/4 to 1/2 inch thick or chop into small chunks if that is the way you like them. If I have very small beets I have even just pickled them whole. 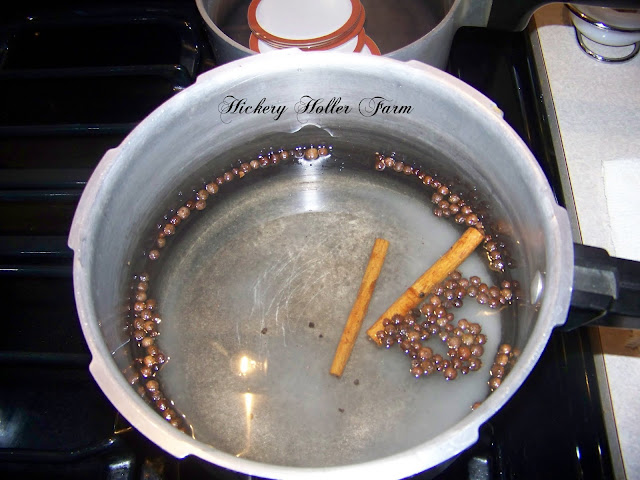 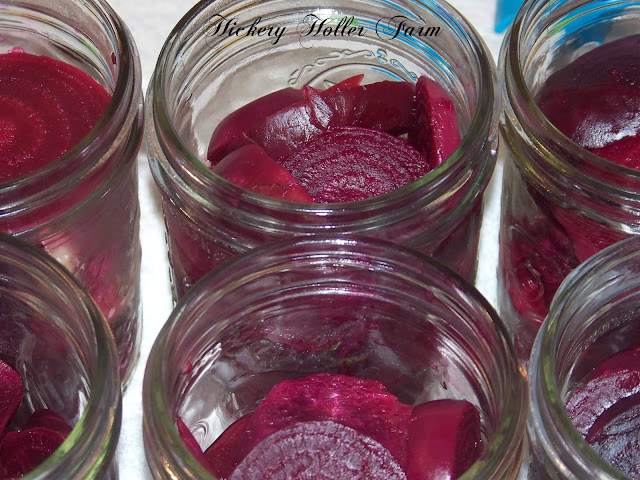 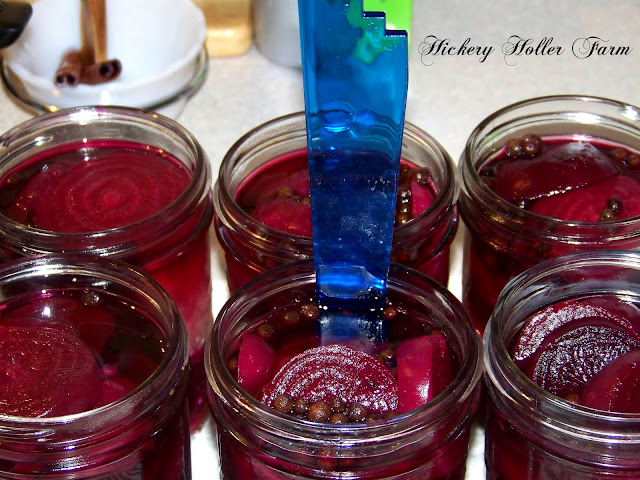 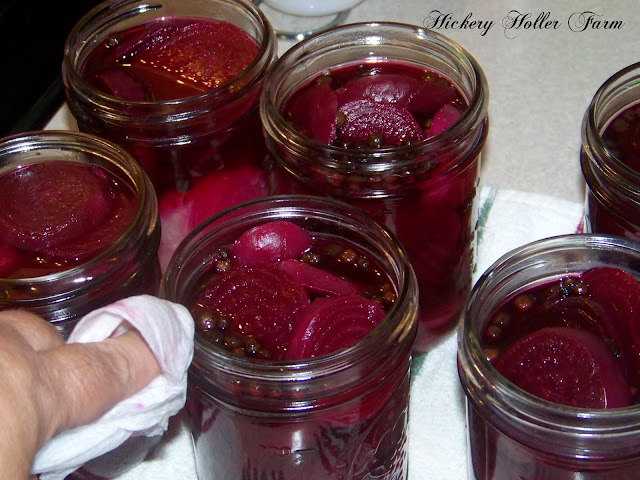 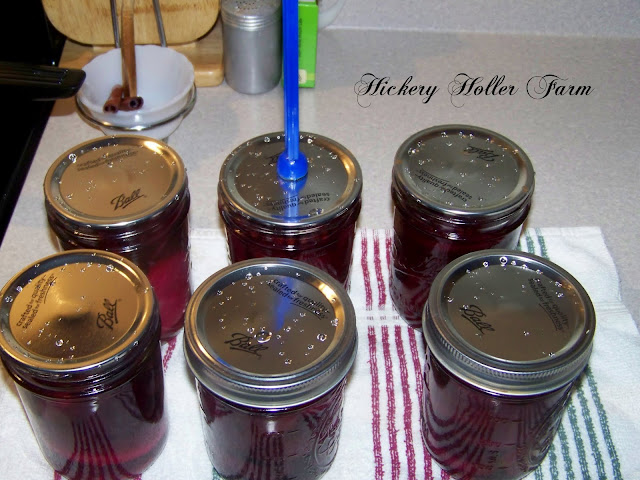 Place hot lids and rings on hot jars and fingertip tighten only. 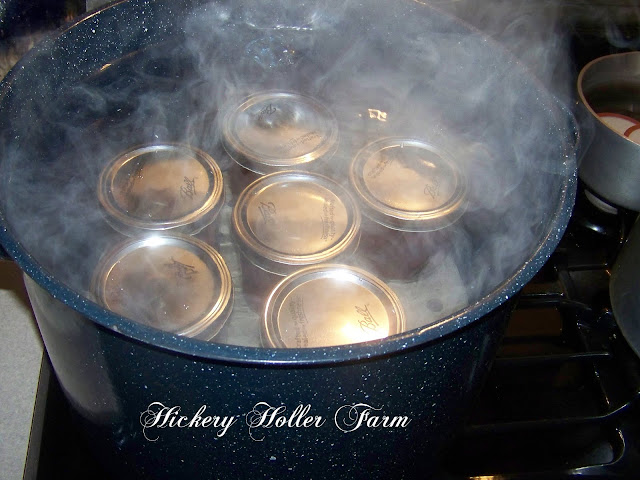 Place jars in hot water canner until completely submerged. Process pints and quarts for 30 minutes in a boiling water canner. Remove from canner and allow to cool until you hear that familiar ping as the top pulls down and seals. 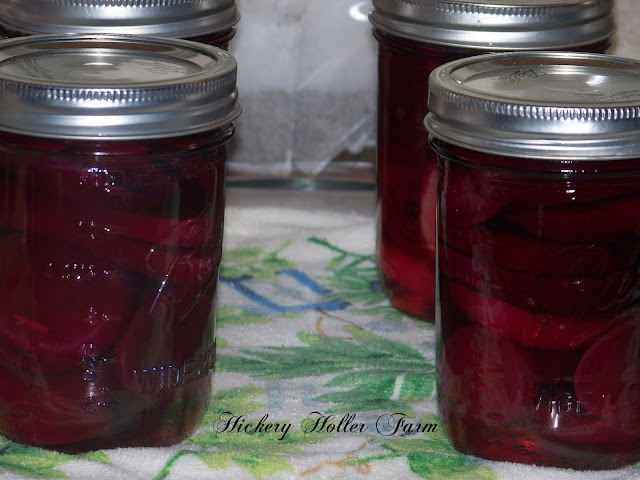 For me this recipe made 6 large mouth pints. I have several more pickings still in the garden but I always pick the largest ones first and then as the remaining beets increase in size continue to pick.

Link To Return To Homestead Revival Barn Hop
Posted by the canned quilter at 8:53 PM

Email ThisBlogThis!Share to TwitterShare to FacebookShare to Pinterest
Labels: Canning