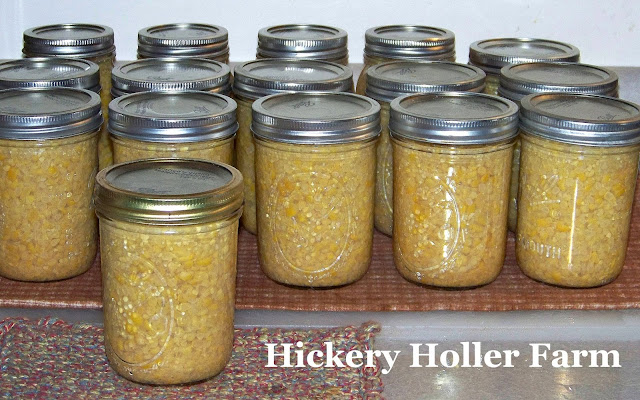 Canned corn is one of those things that most people either love or hate. I personally think it is because they expect it to taste like the canned corn that you purchase in the store and it does not in my opinion. If you are going to put corn in jars and can it  for the first time remember that the processing time is long. I have heard many say too long to justify doing it that way. If you are trying to preserve corn without requiring electricity then this is the way to go unless you want to dehydrate it.

As for me I do put up some canned corn occasionally for the convenience to use in soups and such. My husband loves corn in his taco soup. 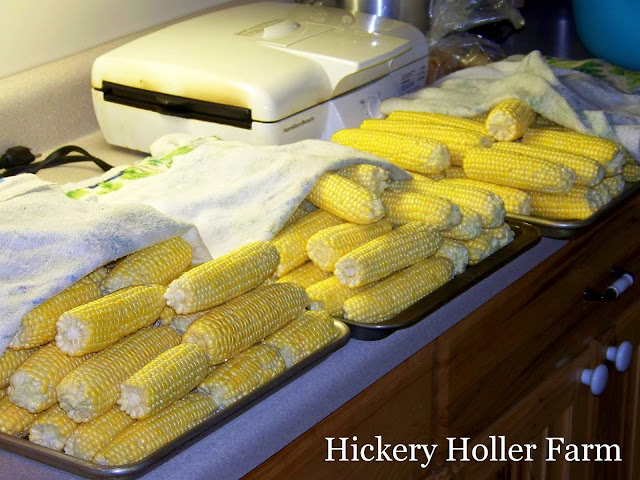 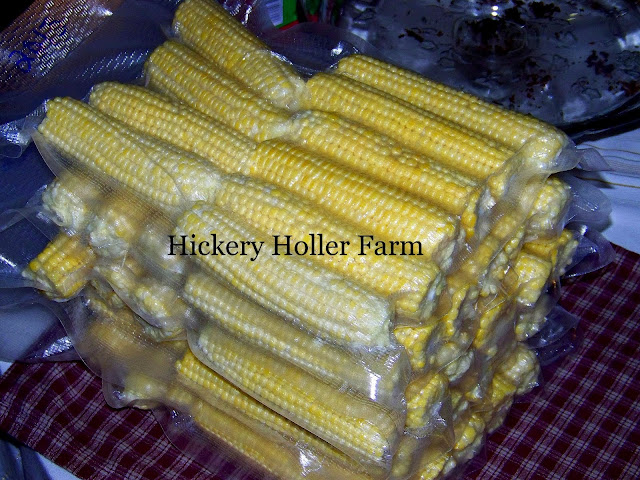 When I have lots of corn I wash it all and separate it. The best ears are simply washed and frozen on the cob. I do not blanch my corn on the cob. My husband does not like the taste of it blanched. It's a rather simple process of putting them in vacuum bags and sealing then freezing. I limit the corn I put up on the cob because it requires a huge amount of freezer space for the actual amount of food you get from it. If you have plenty of freezer space then the sky is the limit. Most years though my freezer space is at a premium. 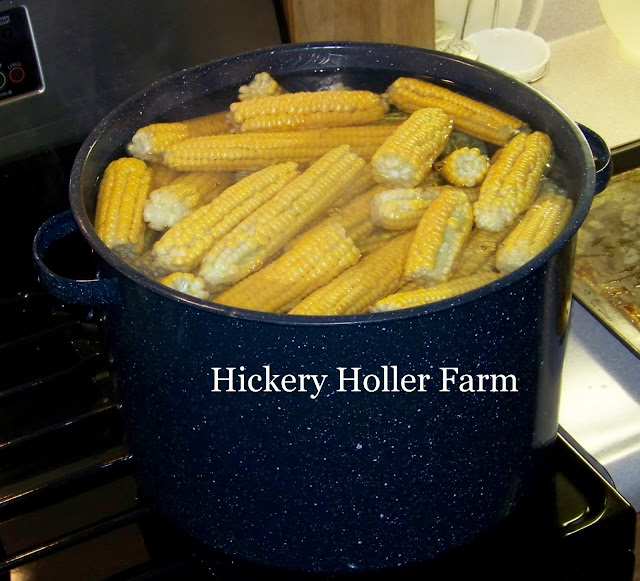 The remainder I blanch for 6 minutes in boiling water. Then Immediately remove and place in ice water to cool. As soon as it is cool to the touch I remove it from the ice water. 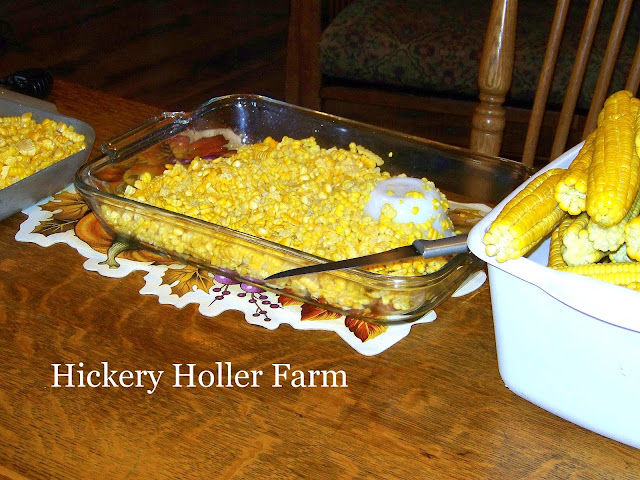 Then spend hours cutting kernels off the cob. There are tools out there for this but I just use my plain old trusty knife. 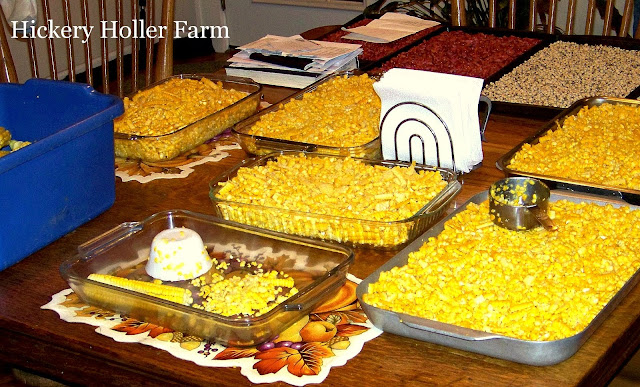 Once your kernels are removed then some I place in bags for whole kernel corn. 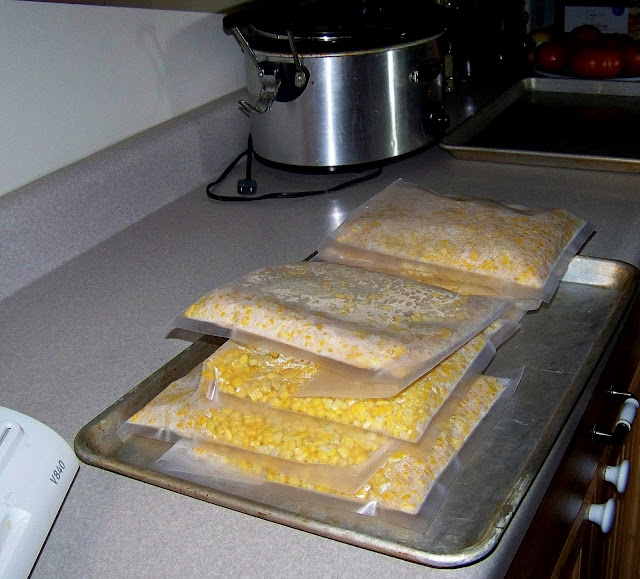 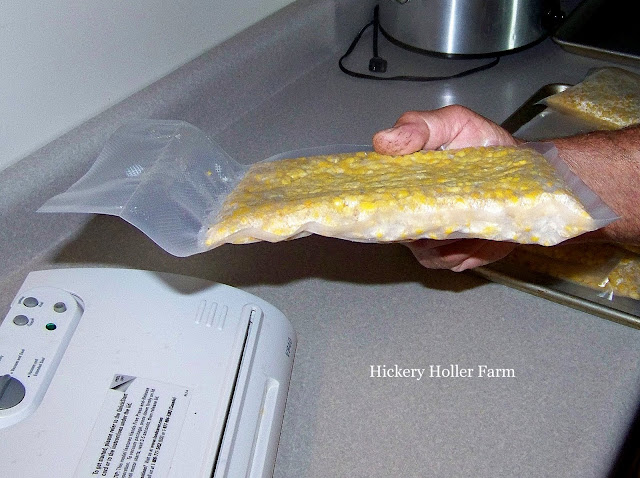 My vacuum bags are frozen and then sealed. 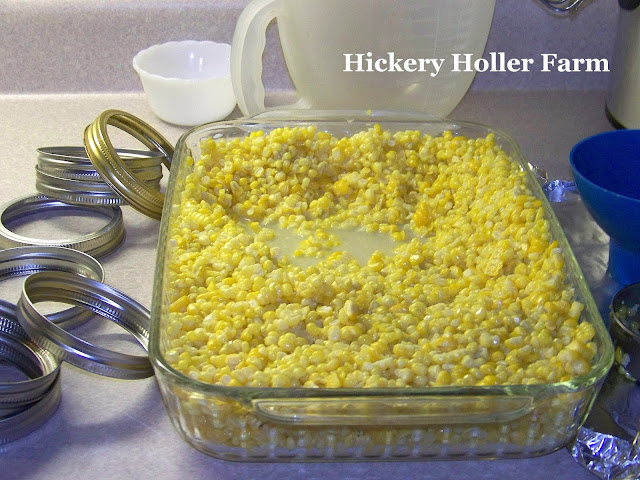 What is left I can into jars. This is done by placing the corn in hot jars leaving 1 inch head space. 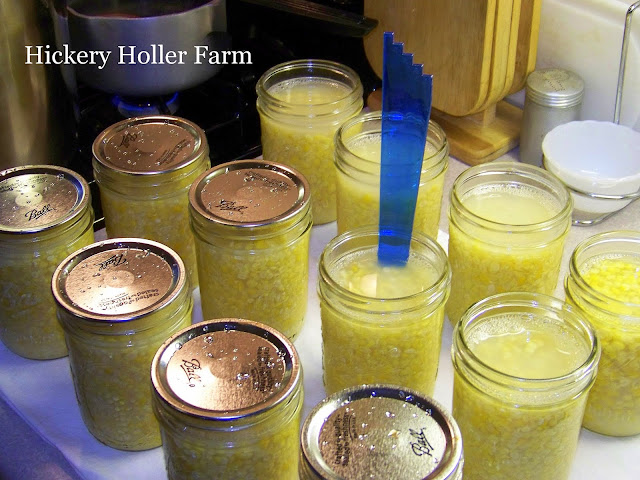 Then filling the jars with boiling water to again 1 inch head space. 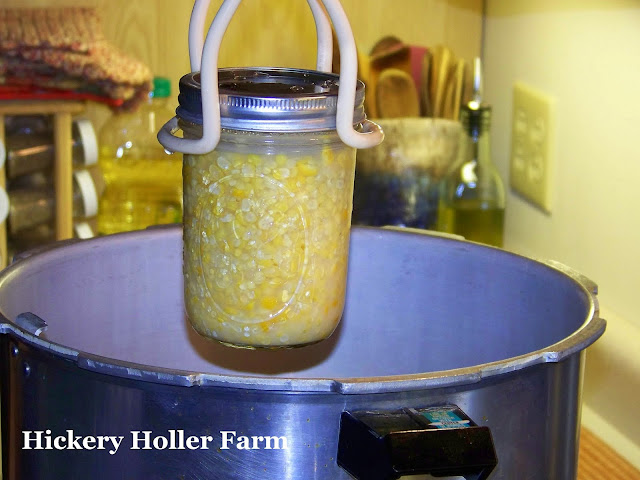 Then remove bubbles, wipe rims and seal with hot lids and rings. 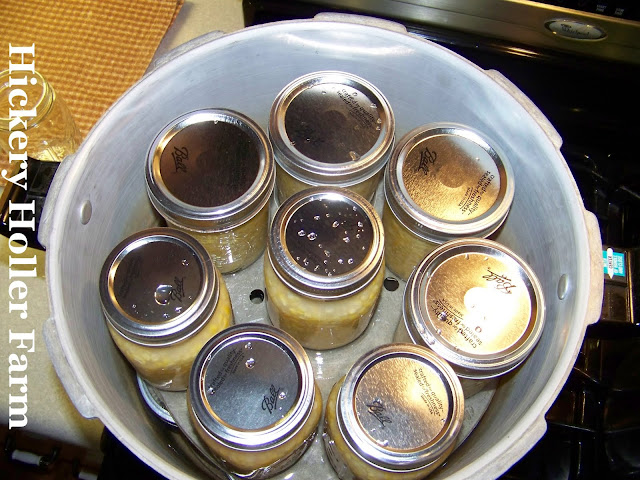 Pints are processed 55 minutes and quarts 1 hour and 25 minutes at 10 pounds pressure.

It never hurts in my opinion to have one vegetable in different forms. This year I put up corn on the cob, whole kernel frozen corn and canned corn in jars. If I happen to lose my freezer I still have corn in my pantry like many other vegetables I grow.

How do you put up your corn?

Posted by the canned quilter at 2:00 AM
Email ThisBlogThis!Share to TwitterShare to FacebookShare to Pinterest
Labels: Canning, Freezing