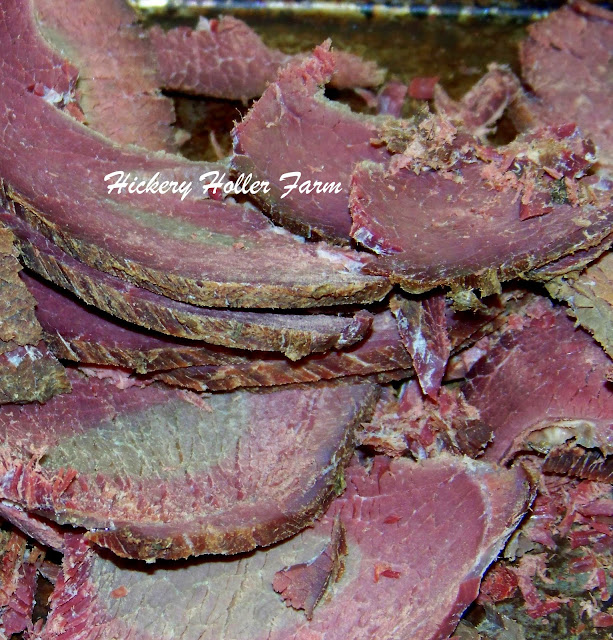 O Wise One and I have been experimenting. We wanted to make some corned venison. With St. Patricks Day right around the corner and cabbage cheap everywhere you look we thought we would try our hand at making some corned venison to go along with our cabbage.

You can find the recipe we used HERE 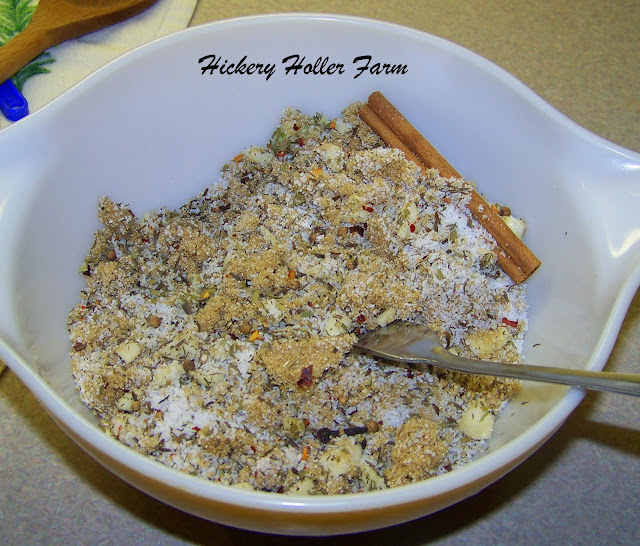 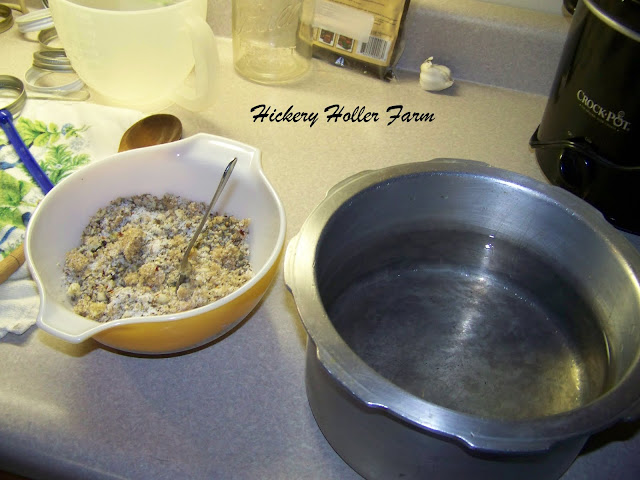 Then added it to our water and brought to a boil. 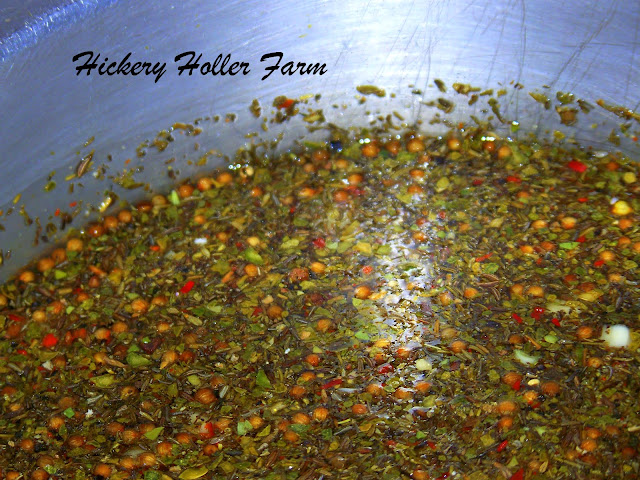 Then turned off the fire and lat it cool on the back of the stove. It smelled wonderful! 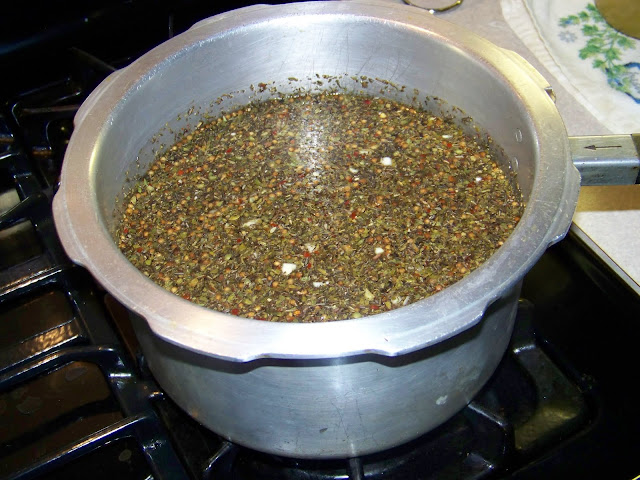 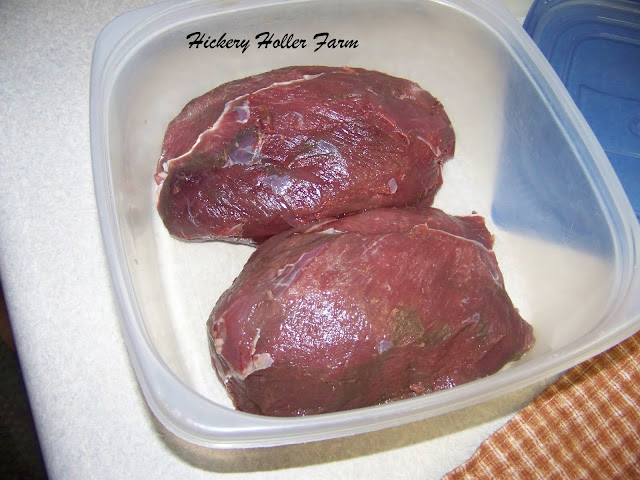 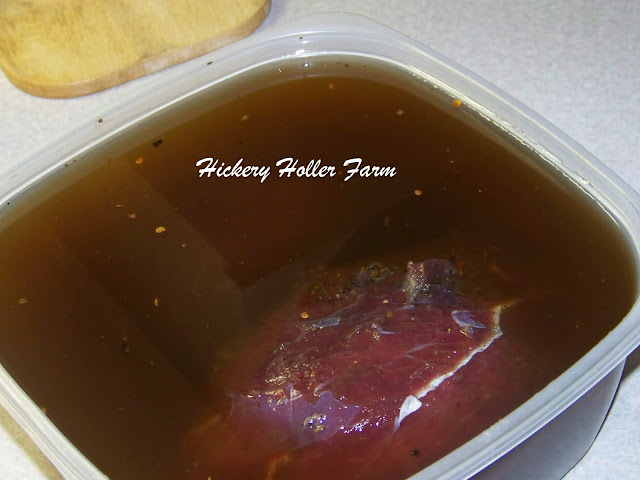 We simply covered the roasts with the cool brine making sure that the liquid covered the meat. Then it went into the refrigerator for three days  to absorb all that flavor. We turned it everyday. How long you leave it in the brine depends on the size of the roast. 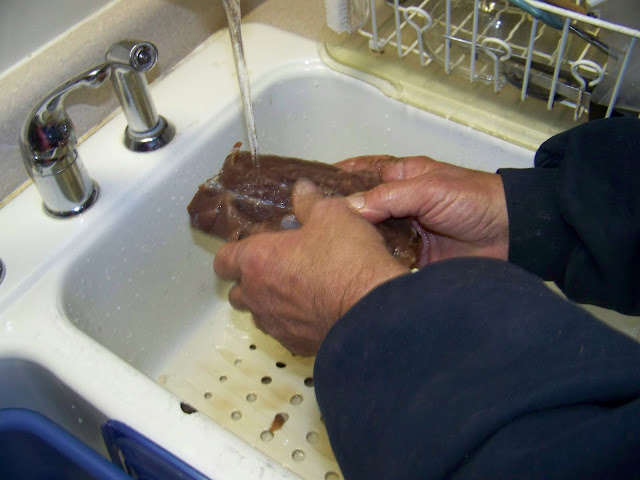 After three days we took the meat out of the brine and rinsed it under tap water. First thing we noticed that was the meat felt much firmer second was that the roasts had shrunk considerably. 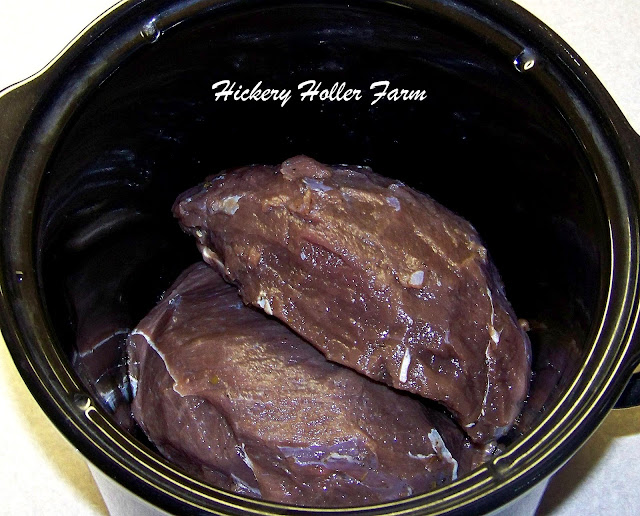 The roasts then went into the crockpot and were covered with fresh clean water. They were then cooked on high for several hours. 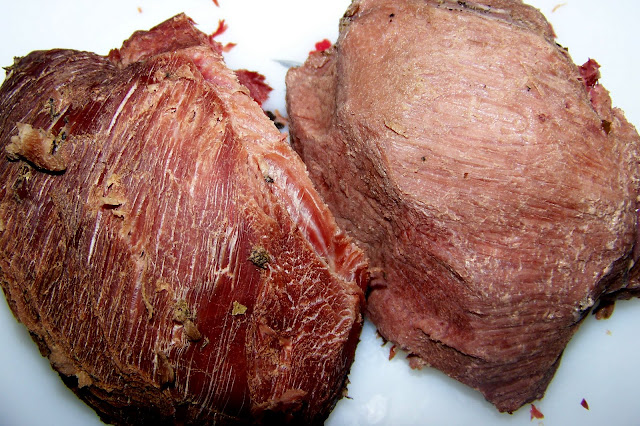 And the results were corned venison.

Couple things we would do differently next time. Because our roasts were small we only brined it 3 1/2 days. If you look in the picture you can see that the very middle of the meat is not pink but rather brown which means our seasoning did not absorb all the way to the center of the meat. Next time we will brine it for a longer amount of time.

The other thing we would do differently is not cook it in the crockpot for quite so long. We dried it out a bit at the end.

But all in all the experiment was a great success and with plenty of venison in the freezer to experiment with we will eventually get it right we want to also try smoking the corned roast to make pastrami one time.

Posted by the canned quilter at 9:48 AM
Email ThisBlogThis!Share to TwitterShare to FacebookShare to Pinterest
Labels: Cooking from Scratch, Hunting and Outdoors, Meats and Main Course