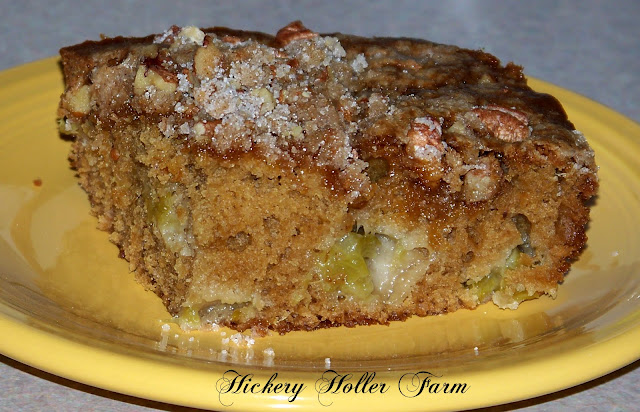 This is one of my absolute favorite rhubarb recipes. It originated with O Wise One's Grandmother Edna. She was of German descent and a fabulous baker and homemaker. It is an old fashioned recipe made with simple ingredients that are easily obtained and most usually on hand in most kitchens. It reminds me of many of the coffee cakes made today with a crispy pecan, butter and sugar topping that gets really crisp. This is great in the morning with a good cup of coffee. I made it for dessert on Saturday night. I served it with black eyed peas and ham, sawmill salad, cornbread and this rhubarb cake for dessert.  Grandma Edna would be proud. 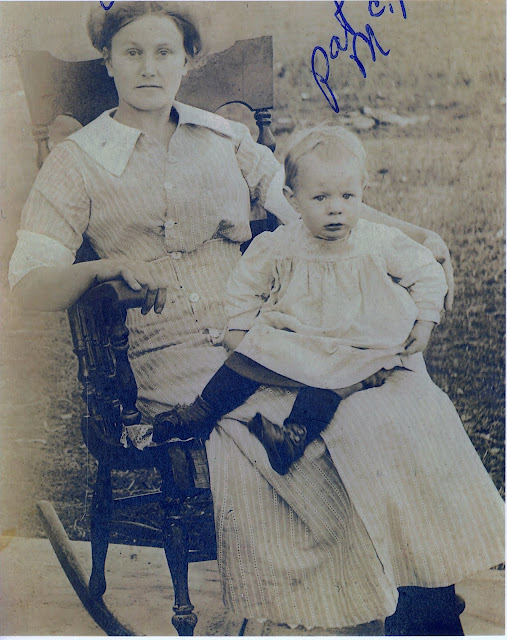 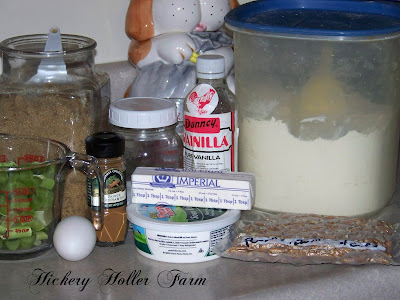 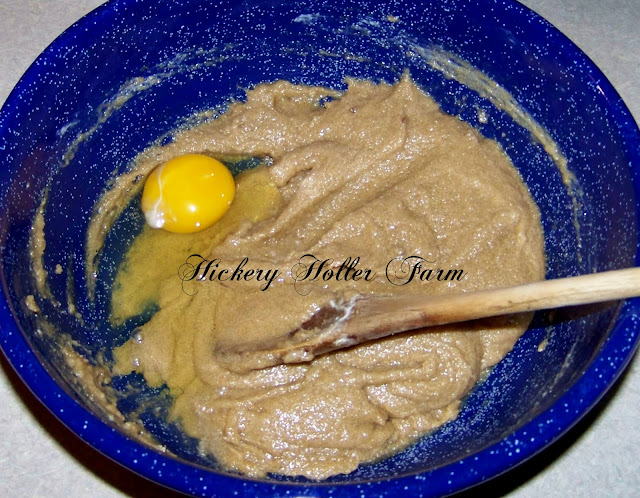 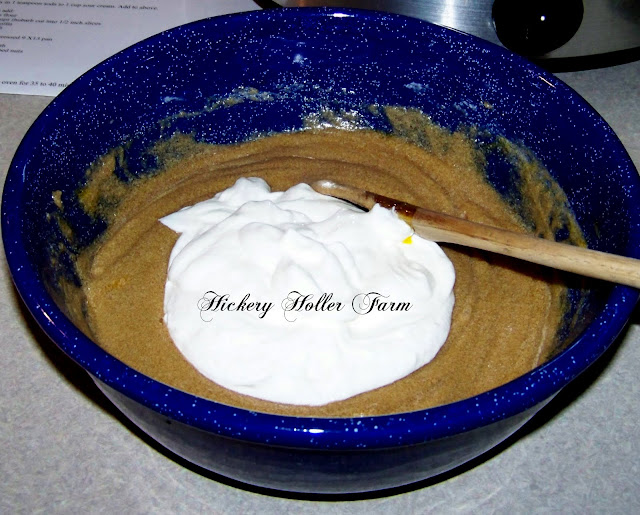 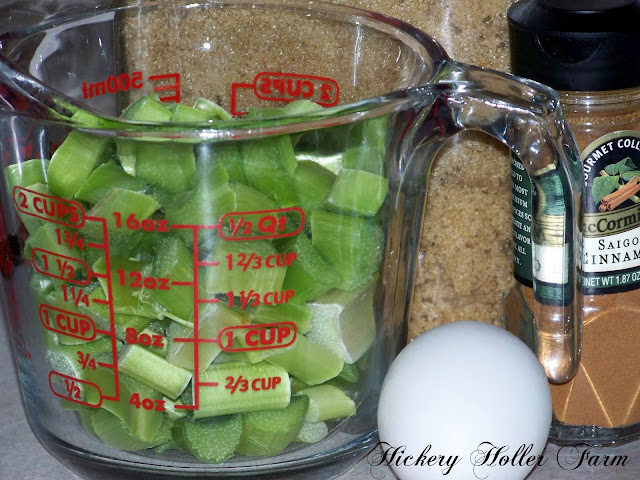 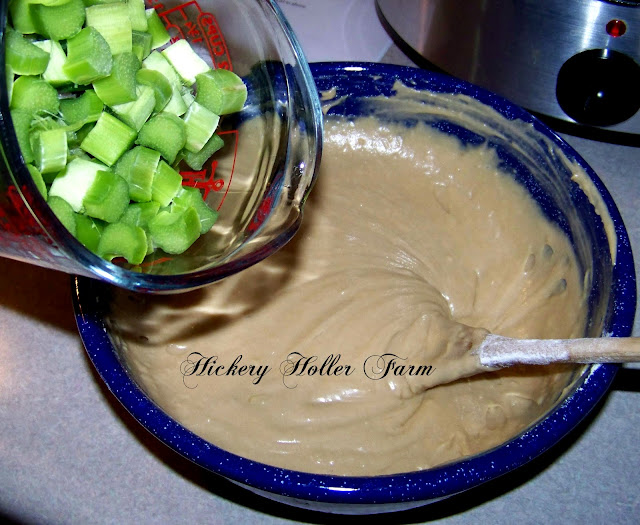 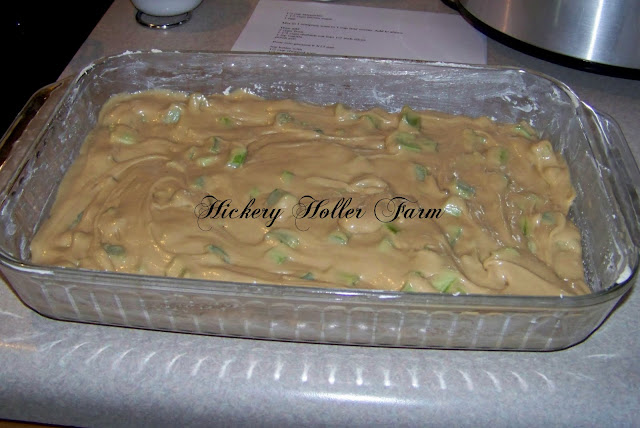 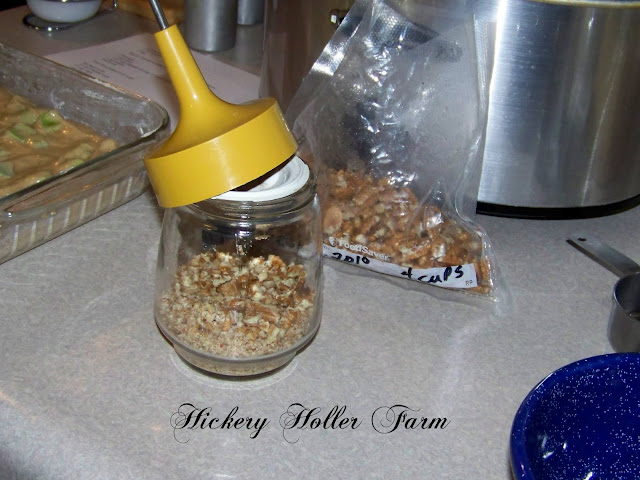 1/2 cup chopped nuts. I use my frozen pecans from last year from the freezer. 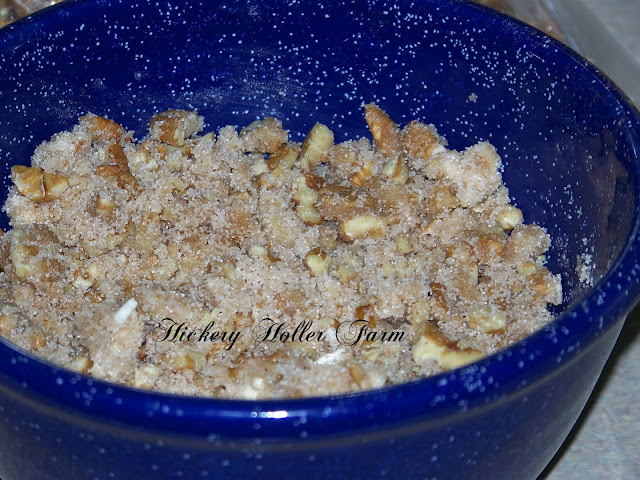 To your chopped pecans add 1/2 cup sugar, 1 teaspoon cinnamon, 1 Tablespoon melted butter and 1 Tablespoon flour. Mix it all together just until all flour is incorporated and pecans coated. 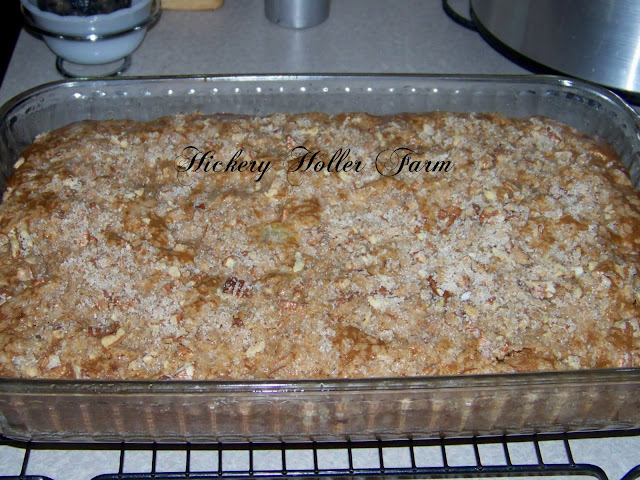 Bake in 350 oven for approximately 40 minutes or until top of cake is golden brown.

You can also half this recipe and bake it in a skillet. What a great snack cake or morning coffee cake. Something a little different than the traditional rhubarb pie but just as good and simple too! And a great use for that frozen rhubarb.

Email ThisBlogThis!Share to TwitterShare to FacebookShare to Pinterest
Labels: Desserts