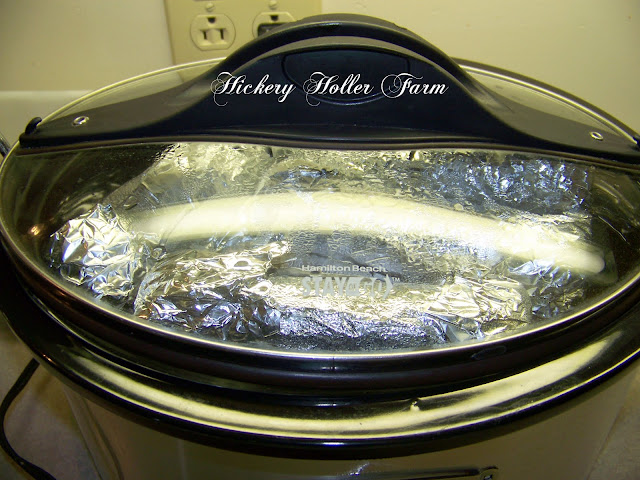 We have had some busy days around here lately! With pea fences and potato planting, seed starting, dog grooming and grandkids. It was time to crank up the crockpot. I use my crockpot so much during gardening season.  I just don't always feel like standing on my feet and doing alot of cooking after hours outside working. In my old age or desperation I am getting smarter with how I use my crockpot though. I am trying to plan whole meals that I can cook in it. For instance on this day I was having pork chops so I seared them and put them in the crockpot with some onions, garlic, mushrooms and mushroom soup.   Then I took three baking potatoes and wrapped them in aluminum foil and placed them in the crockpot on top of the meat and gravy mixture.  Then on top of that I placed 4 frozen ears of corn on the cob also wrapped in foil on the top of the potatoes. I turned it on Low and went out into the yard for the day. 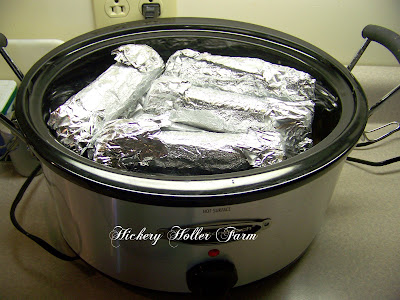 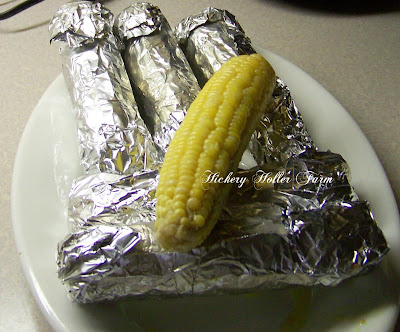 6 hours later the corn is cooked perfectly and not dried out. 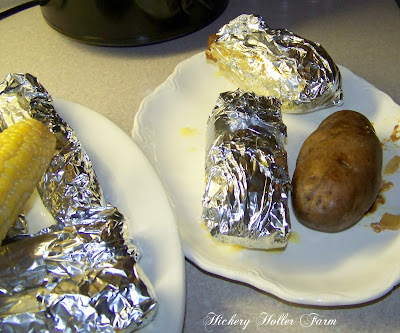 The potatoes are baked perfectly. 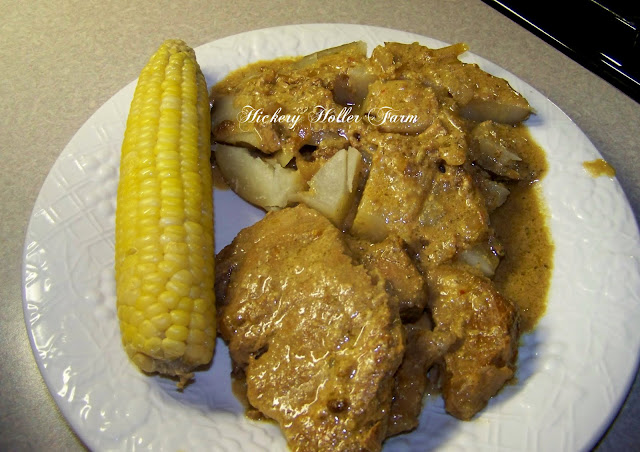 So we split the baked potato and added the gravy over the top. With a pork chop, fork tender ,on the side. And corn on the cob to go with it. And better yet everything on that plate was produced on this farm.

After dinner  the plates go in the dishwasher and we only have the crockpot to clean.

I love it when a plan comes together and we will be trying more crockpot exclusive meals in the future.