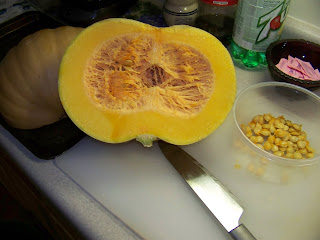 My house smells wonderful today! The smell of baking pumpkin permeates every room. The smell of autumn. I cleaned one of the pumpkins and decided to put the meat in the freezer. Later I will cut some in chunks and put in jars but for now I will put it in the freezer. First I selected a pumpkin that had a slight bruise on it because I knew that it needed to be the first to be canned so as not to rot. So I washed it and cut it in half. 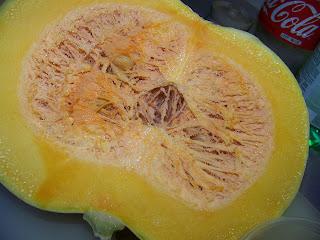 The seeds were removed and put in water to get all the remaining stringy stuff off of them. 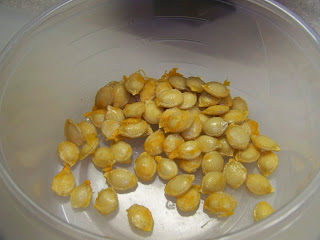 The two halves were then put on a cookie sheet cut side down in a 350 oven and baked until soft. 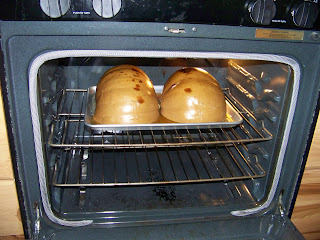 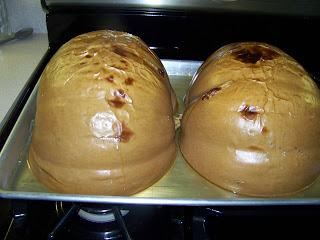 Then taken out and cooled to the touch. Then you could just take a spoon and scoop the soft meat out and put in a bowl to finish cooling. 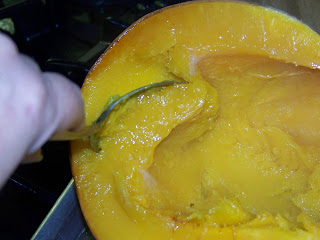 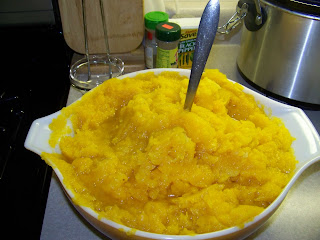 The pumpkin skins went in the chicken feed bucket.﻿ 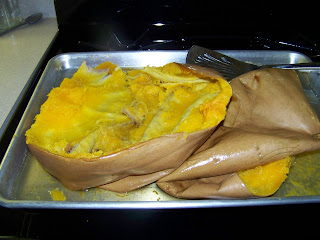 The cooled pulp went into a colander to completely drain any remaining water from the cooked meat. 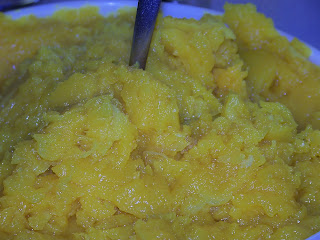 The pumpkin meat was then put into 2 cup freezer containers. The average pumpkin recipe calls for 15 ozs or one can of pumpkin puree. Later I will also freeze some in 1 cup containers for the recipes that call for 1 cup or odd amounts of puree.  They were then frozen. 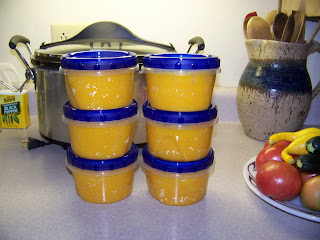 The washed seeds were put on a cookie sheet and coated with a little melted butter and sea salt and toasted in a 300 oven for about 30 minutes. 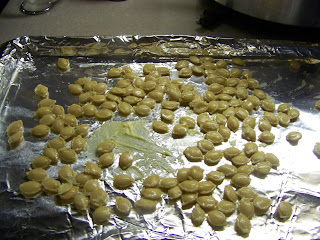 Normally they would be put in an air tight container but the family smelled them. There were none left but I did manage to get one picture before they were completely devoured! 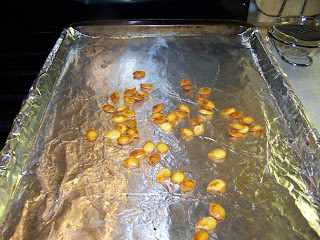 And one pumpkin down with nothing wasted at all. A mountain of them to go!

The Canned Quilter
Posted by the canned quilter at 6:18 AM
Email ThisBlogThis!Share to TwitterShare to FacebookShare to Pinterest
Labels: Freezing, Vegetable Gardening