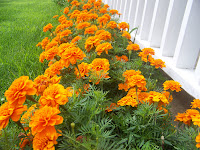 It's a riny cold winter morning and I sit here drinking my coffee. My mind turns to seeds because I have just completed several seed order forms to be mailed out.  I save many of my own vegetable seeds now for several reasons. Mostly cost and we also had some bad luck with ordering seeds from several companies and getting different varieties than we had ordered. I don't save them all but have gone back to heirloom tomatoes, peppers, beans and okra. I still purchase my corn and green bean seeds every year. As the years progress we continue to experiment with heirlooms to try to find varieties that do well here to eliminate that cost every year of buying new seeds. As a child I remember my parents saving seeds every year. Mostly I remember every fall helping my mother gather the flower seeds. We always had a big garden and there was always a long row just for annual flowers. Nothing fancy just common flowers. There were always three varieties . My mother had old fashioned names for these flowers and all are still grown today. There was the "old maid" commonly known now as a zinnia, marigolds, and what mama called the  "touch me not" whick is actually an old fashioned single balsam. 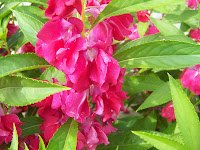 The balsam was called the touch me not I think because they make these little oblong seed pods that when touched explode. Oh what fun for a little kid. Every year they were there attracting the bees and butterflies, providing joy and color and cut zinnias for the house. Nothing like a mason jar of cut zinnias to say country. And every fall the dried seeds would be gathered and just mixed together. From there they would be put in a small pillowcase and hung from the rafters of the shed. Waiting patiently for next spring and the cycle would begin again. As it did until my parents became too elderly to do a garden. Now I look to my own homesaved flower  seeds of you guessed it! Old maids, marigolds and touch me nots. And the circle completes itself and yes life is good on the farm.

Blessings from the Holler

The Canned Quilter
Posted by the canned quilter at 8:43 AM
Email ThisBlogThis!Share to TwitterShare to FacebookShare to Pinterest
Labels: Ornamental Gardening